Someone's gonna get whacked for THIS headline.

UPDATE:
Observant commenter Skul has noted that the headline has been changed on the linked page. The word "reshapes" has replaced "rejiggers" (for you late arrivals).
Still, someone musta got a beatin'- it's Time/CNN fer cripe's sake...
Posted by doubletrouble at 23:48 2 comments:

Coincidence? I Think Not…

As a comment on my previous post, Jay G mentioned that I should run for governor & fix those problems.

That got me to thinking (always dangerous); Meldrim "Live Free or Die" Thompson was the most capital "C" Conservative governor of NH in memory.

Nah, M.T. wouldn't have given up unless he strangled someone on his way out.

Here’s another one that touches off the sphincter igniter.

Manchester – The city welfare commissioner says a security guard is needed to protect caseworkers from crazed or belligerent welfare applicants.

"Lately, there's been an escalation," Commissioner Paul R.R. Martineau said. "My case workers just don't feel comfortable, and I feel as though I need to do something to alleviate this before something happens."

Seems that welfare applicants are getting a little disgruntled.

If these scumbags can’t act like decent human beings WHILE THEY’RE BEING SUPPORTED BY MY TAX DOLLARS, then they can go defecate in their bonnet.

Another few head twistings are due…

Posted by doubletrouble at 21:46 2 comments:

Jan. 22 (Bloomberg) -- Fred Thompson, the former senator and actor, is withdrawing from the Republican presidential nomination race, accordingto a statement from his campaign. Thompson, 65, had pinned his presidential hopes on winning the South Carolina Republican primary on Jan. 19. He finished a distant third behind Arizona Senator John McCain and former Arkansas Governor Mike Huckabee.

``Today I have withdrawn my candidacy for President of the United States,'' Thompson said in a statement released by his campaign. ``I hope that my country and my party have benefited from our having made this effort.''

Now this thing is REALLY gonna suck...
Posted by doubletrouble at 15:33 No comments:

…and One GREAT, GREAT Broad…

Today, January 19th, is the anniversary of Janis Joplin’s birth, one of the best hard blues singers to come down the pike.
She would be 65 today, eligible for Medicare.
Unfortunately for us all, her excesses of the late 60’s did her in at age 27.
In 1968 (IIRC, which is highly doubtful), I saw Big Brother & the Holding Company perform at Franklin Pierce College in Rindge, NH. It was a fairly small venue in a gymnasium, & when Janis was introduced, the place came undone. She came out on stage, had a few introductory remarks to fire up the crowd, then chugged what appeared to be a pint bottle of Southern Comfort.
People went crazy nuts.
After the bottle was empty, she let out one of her signature "Whaaa-OOO-Whaaa" riffs, & flang that bottle out into the audience.
I’m sitting there stupefied in a weed-induced haze, & think, "Hey- she threw that bottle at ME"!
I stood up, reached up, & that damn bottle bounced off the end of my hand hard enough to near bust my middle finger joint.
A guy behind me two rows caught it.
I still wish I had caught that thing.
RIP Janis, I miss ya…
Posted by doubletrouble at 19:59 No comments:

Would that be the Viagra Problems again??

Stopped by the Local Store Today…

to pick up a few beers. 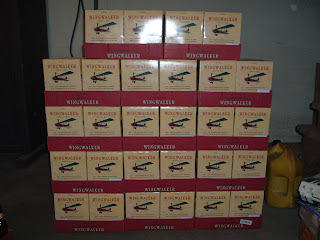 
ONE of the 58 calls I received today (just the ones I answered because I was IN the house):

Me: I wouldn’t vote for those asswipes on a bet.

PV: You’ll be voting Republican then?

Me: None of your goddamned business.

What the hell is wrong with people? The (full-page) ads in today’s Union Leader would have one convinced that it really would be swell if today’s ad influenced your vote. I mean, if by today you haven’t decided which candidate will receive your vote, TWO days before the primary, then you shouldn’t be voting because you’re an idiot.

I'm doubletrouble, & I approved this message.

Posted by doubletrouble at 19:12 No comments:

Sorry to start the New Year on a sad note, but folks need to seriously consider their ability to drive a motor vehicle after drinking.

Usually this stuff doesn't bother me, but I stared at this picture for a few minutes to let it sink in.

Life has permanently changed for a family & their survivors, all because one asshole needed to have a few.

Life is over for the young man that caused this, as I hope he spends the rest of his life in a hell-hole prison.

Before YOU drink & drive, remember this picture.

Posted by doubletrouble at 10:30 2 comments: